We will prepare a two-day technical tour which will visit the Apporo Dam (Trapezoidal CSG Dam), the Yubari-shuparo Dam (Gravity Dam), the Kyogoku Pumped Storage Power Station. We will also arrange city tour. 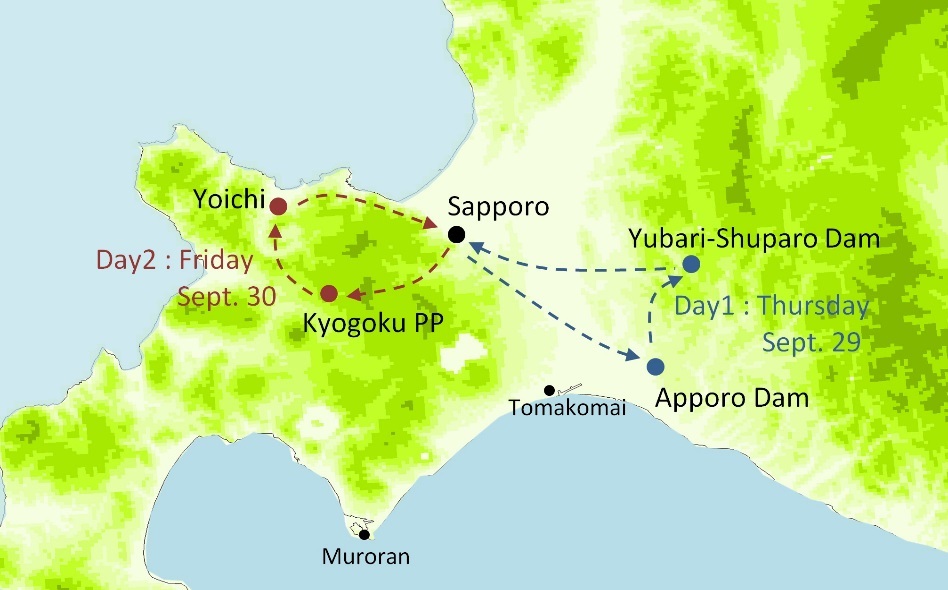 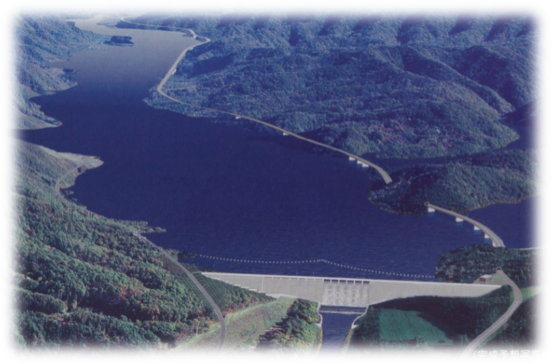 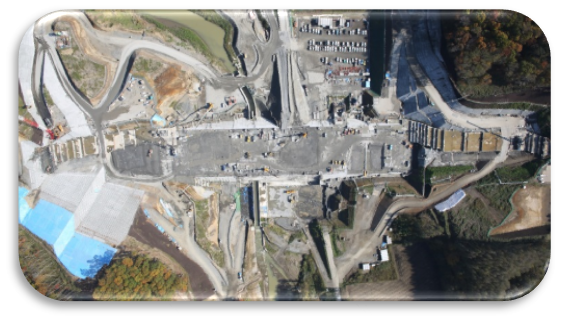 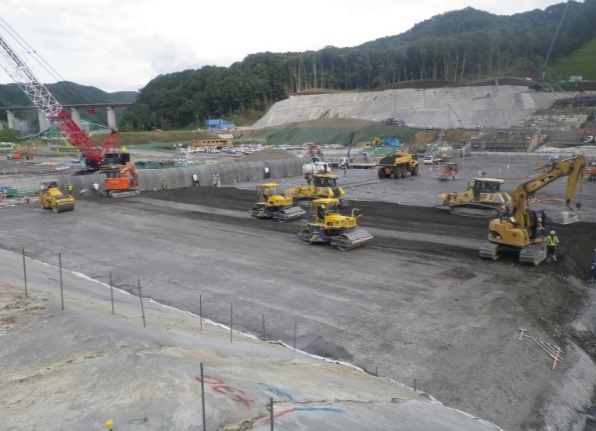 －Trapezoidal CSG dam.
In addition to flood control and maintenance of normal water flow, its main purpose is water irrigation and the supply of city water. The slope of the upstream to downstream is 1:0.8, and it is built in a trapezoidal shape.

－Concrete gravity type dam.
Through reservoir redevelopment project, a dam 43.1 meters high was built in the direct lower stream of the existing dam with the aim of increasing reservoir capacity. 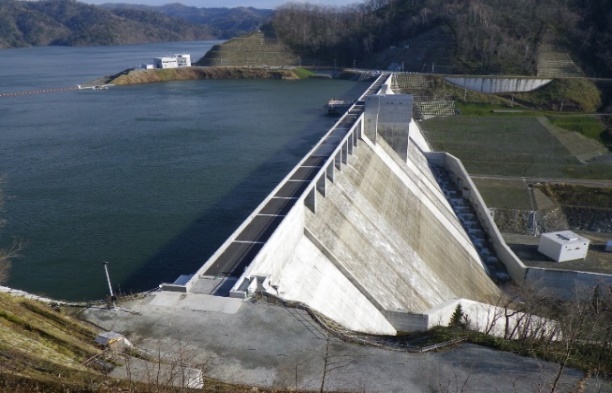 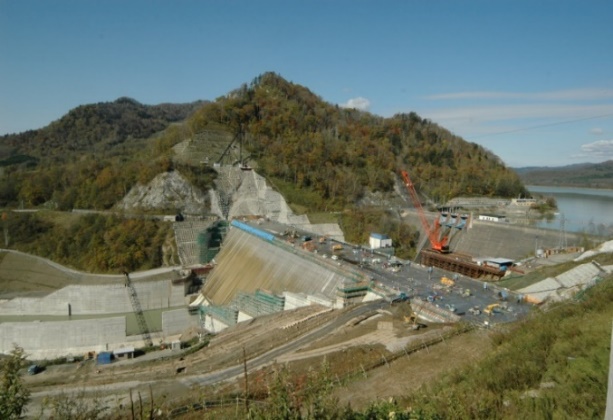 Hokkaido Electric Power Co., Inc. (HEPCO), aiming to ensure a stable supply of power based on long-term planning while paying attention to global and regional environments, has been diversifying the sources of electric power for a well-balanced supply of energy by developing thermal and hydroelectric power as well as nuclear power. The Kyogoku Project was planned to take charge of peak demand of electricity in the daytime, and to store energy through pumping in the nighttime. 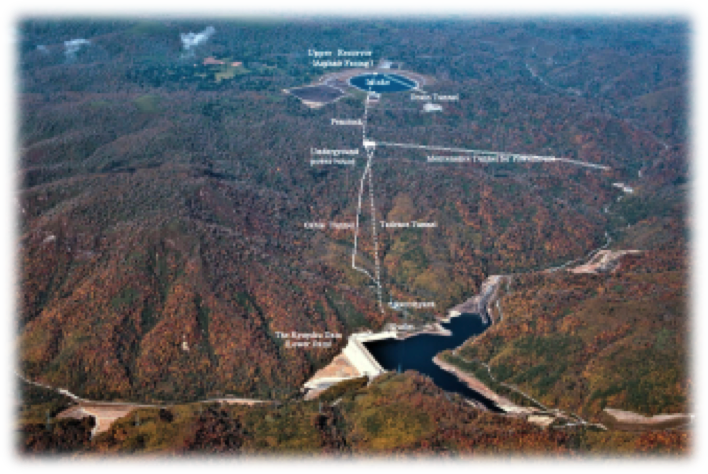 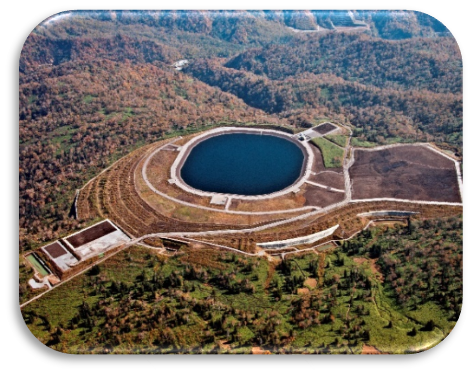 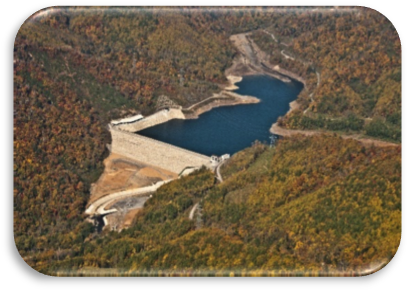 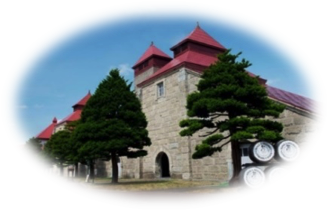 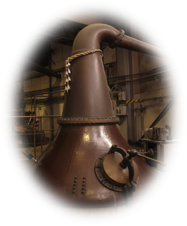 In 1918, Masataka Taketsuru, known as the “father of Japanese whisky,” traveled alone to Scotland, where he learned the secrets of whisky making. Upon his return, he began looking for the ideal location to make whisky in Japan, convinced that whisky was best produced in a northern climate. He eventually built his distillery in Yoichi in 1934.
Even today, the Yoichi Distillery makes whisky with the traditional “direct coal-fired distillation” process, placing the highest priority on quality. Its whisky is recognized as being of “the highest quality in the world.” In fact, in 2002, the Yoichi Distillery had the distinction of being the first distillery outside the United Kingdom to be recognized by the Scotch Malt Whisky Society (SMWS), the world’s largest organization of whisky lovers.
The distillery has facilities for tasting and shopping. It also offers a tour of the historical buildings and distillery on its vast grounds that is popular even among those who do not drink whisky. These features make it one of Hokkaido’s most popular tourist attractions.

The stadium was the venue for the ski jumping competition of the 1972 Winter Olympics held in Sapporo. Today it features modern facilities that permit summer and night jumping as well as traditional jumping and is the stage for many international events. 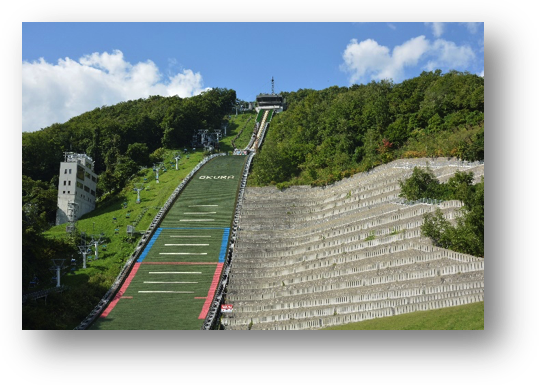 Affectionately known as “Akarenga” (red bricks), the former Hokkaido Government Office was built in 1888 in the American Neo-Baroque style.
It was placed on the list of National Important Cultural Properties in 1969. Odori Park is situated in central Sapporo.
It stretches for 1.5 kilometers from Odori-nishi 1-chome to Odori-nishi 12-chome and covers some 7.8 hectares. It is classified as a park for special use. 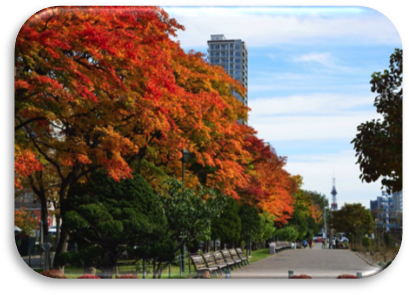 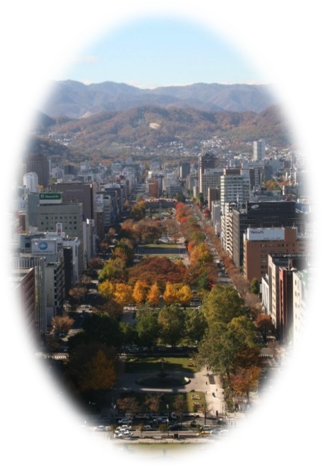 Formal name: Drill hall of the former Sapporo Agricultural College which is predecessor of today’s the Hokkaido University, Sapporo Agricultural College was established in 1876 to train people to lead Hokkaido’s development. Its drill hall (clock tower) was built in 1878 based on a proposal by Dr. William S. Clark. It served as the college’s central hall for military training by students, enrollment and graduation ceremonies, and other activities. 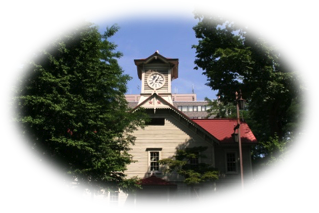 The Sapporo Beer Museum is Japan’s only museum dedicated to beer. It has been designated a “Hokkaido Heritage” site.
The red-brick museum was originally built as a sugar factory in 1890. It later served as a factory for barley cleaning for some 60 years. 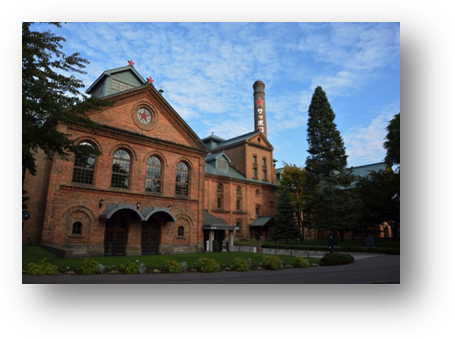 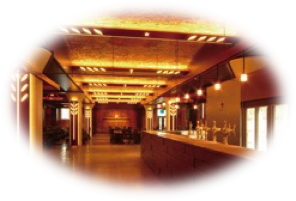